siPOOL™ from siTOOLs Biotech are highly complex and defined pools of 30 siRNAs which can be used for gene silencing by RNA interference. With each siRNA present at picomolar working concentrations, the off-target signatures of each siRNAs are diluted and on-target specificity increased, ensuring cooperative knock-down of the target gene. Enabling multigene targeting, siPOOL is ideal for producing more robust and reliable results in gene silencing. 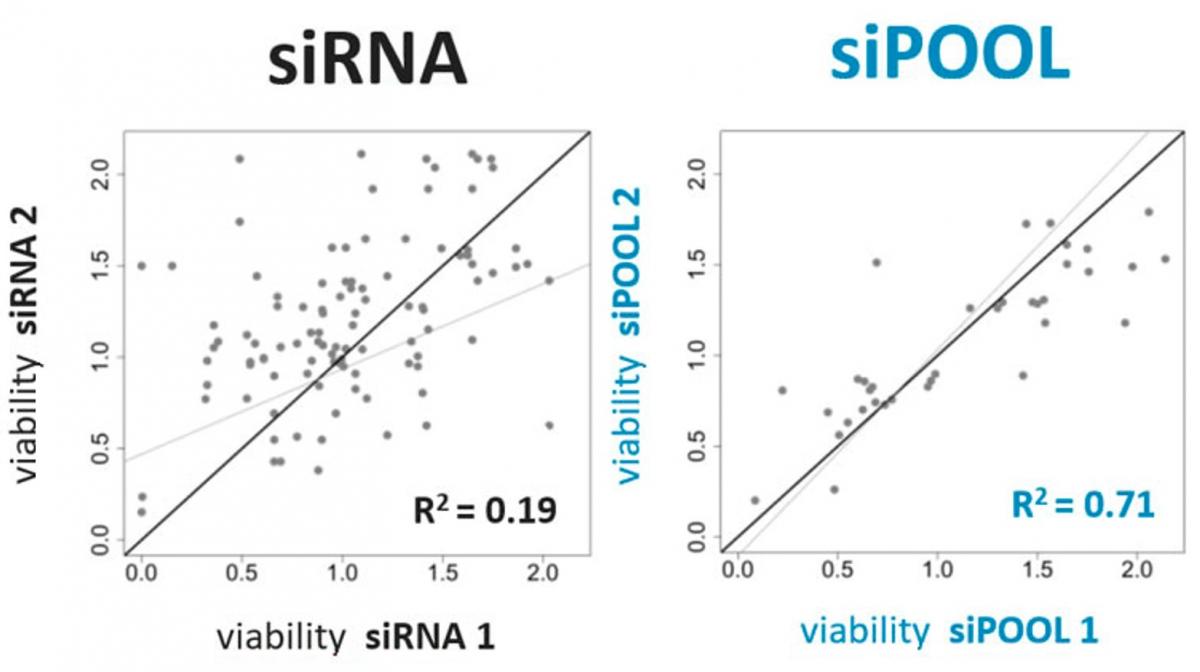 36 genes were screening using three siRNAs per gene from a commercially available library and two siPOOLS per gene from the human kinase siPOOL library. Cell viability was then measured in A549 cells. Only siPOOLs produced consistent phenotypes.