The ZymoPURE II™ Plasmid Midiprep and Maxiprep kits from Zymo Research enable the isolation of up to 400 µg (midiprep) or 1.2 mg (maxiprep) of salt, protein and RNA-free vaccine/transfection quality plasmid DNA from E. coli in less than 20 minutes. 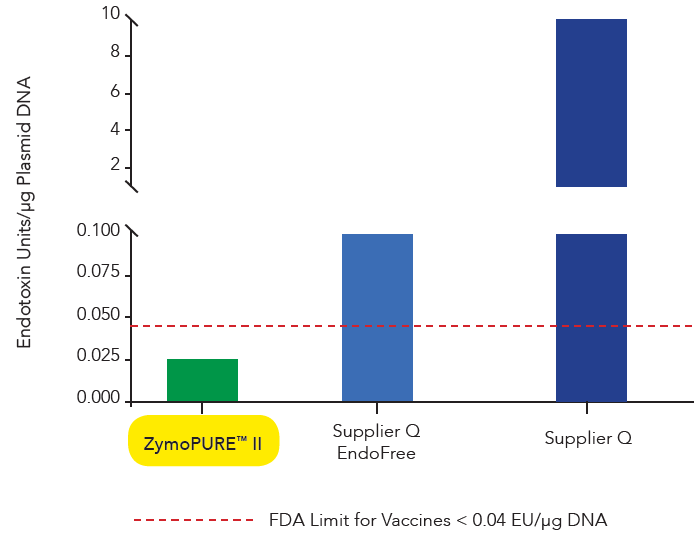 * Endotoxins below FDA limit for vaccines <0.04 EU/µg of plasmid DNA

Midiprep testimonials
“With your kit, I got twice the amount of DNA that I usually get with Invitrogen's midi kit, in half the time. Can't beat that!”
D. G., Immunology Consultants Laboratory

“I have used the Promega and Qiagen kits, but even with following all the steps carefully, I have never got such high quality and concentrated DNA.”
P. J., University of Miami

Maxiprep Testimonials
“We were impressed by the high yield of plasmid DNA from this kit! From a 150 ml culture, I was able to isolate 0.912 mg DNA, in the same amount of time (and effort) I could get about half as much DNA from the comparable Qiagen kit.”
C. S., Abbott Laboratories